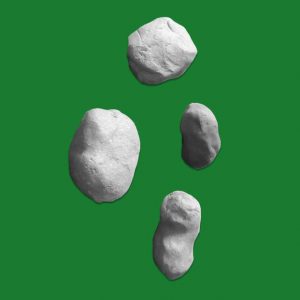 Pottery cooking balls are found on numerous archaeological sites in the southeastern United States and were used during the Archaic period (several thousand years ago) when ceramic cooking pots were not in use.

Archaeologists believe a bunch of ceramic balls were heated up in a fire and dropped in a wooden or skin container to boil water, which cooked the food or placed in a covered pit to bake food.